“After several days of toil, I am pleased to announce the translation has been successfully merged with 2.40!
You will now be able to use our translation with Version 2.40 of Paradox through the Ytinasni GameSelector+Translator method.

NOTE THAT MOST OF THE NEW CONTENT IS NOT TRANSLATED YET. This is mainly for people who don’t want to be constantly navigating Japanese menus all the time.
The translations will come gradually, so be patient.

Also, I should point out that the following plug-ins are currently disabled due to incompatability with 2.40.
-Skill Descriptions+
-Combat Log
-Status Analyzer
They will still be shown in the Config menu, but won’t do anything even if enabled. These features will be enabled again as soon as we can find fixes for these.

You can find the 2.40 compatable translation at the same Arzorx repository as before–just note that it will no longer work for 2.35 as of this writing.
https://bitbucket.org/ArzorX/monster-girl-quest-paradox-translation/downloads/ “

But there is still chance you will find some bugs during your gameplay report them as soon as possible. 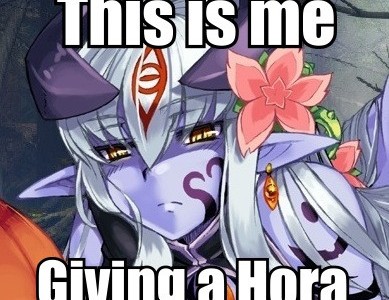 Regarding the Middle Chapter 2.4 update.

Today, we have submitted the update for the 2.40 version of the Middle Chapter (Part 2) to DLSite.
If it passes review without any problems, it should be available in the next few days.
The contents on the update are as we have posted on the blog thus far.

・New H-scenes (including from the skeb event) have been added
→Includes new events, requests, etc

・New jobs and race added
The new jobs will be available following events.
The new races will be added to the corresponding companions

・Companion affection uniformity between saves
Affection of companions will be unified across all save data
If you have more than one save, the highest affection values will be applied across them

・Carnage Chaos Mode added
A high-difficulty version of the Labyrinth of Chaos has been added
The higher the difficulty level, the greater the rewards you can gain
Nothing beyond the 100th floor has been reported by our playtesters

・Changes to the Seals System
Changes have been made to the seals that can be found on secret equipment
If you equip multiple pieces of gear with the same seal in multiple slots, you will gain additional effects
Additionally, every seal will increase all stats by 10%

Several new events have been added.
In addition, the time loop event, which is argubly the centerpiece of this update, is quite lengthy and elaborate
Make sure you don’t forget to save before starting this event, just in case.

A consiberable number of adjustments have been made to The Labyrinth of Chaos based on the feedback of our playtesters.
Enemy stat values have been adjusted considerably for balance, so that when taking them head-on, you should be able to tell they are considerably less unfair compared to before,
Conversely, their resistances to status ailments has been increased.

Additionally, the tactics and characteristics of bosses have been made more elaborate.
Some bosses may even use blatantly underhanded tricks.
However, the bosses will also have more weaknesses, so by knowing your opponent, you will be able to fight them more effectively than before.

An H-Scene recolleciton funciton (which can be accessed through the title screen) has been added, but it is also possible to unlock all scenes through a simple process.

Go to the back of the first floor in the Iliasville Inn (AKA Luka’s House), and there will be a switch that unlocks the entire collection in the location shown in the image.
Since this is a place you can access within the first minute of gameplay, even new players will have no problems.
There are no particular penalties for fully unlocking the scenes like this, and it’s also possible to flip the switch again to undo it.

Translation by GeminiSunfall and Proofreading by The Noble Shade.